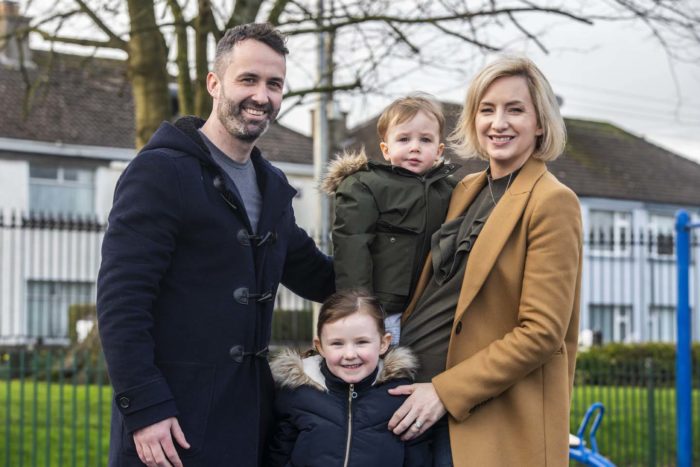 As a new Fine Gael candidate for Limerick City North, I was delighted to see the announcement of a series of measures agreed by the Government designed to encourage political parties to put more female candidates forward for election and to help address some of the barriers identified as inhibiting women from contesting local elections and serving on local councils.

“At a time when several female Councillors in Limerick City & County Council are stepping down, it was a huge decision, especially as a mother with small children, to accept the opportunity to come forward as a candidate for local election.

“I obviously welcome any measures to “family-proof” the role as outlined and could not be taking this step without the full support of my family. However, even with its challenges, I firmly believe our Council needs better diversity and needs to be more representative of the people it serves.

“I also don’t underestimate the value to our young girls, and boys, of seeing more women in public representation and the long-term positives this will bring.

“We need more female representation, right now there are 8 sitting Councillors in Limerick City and County, out of 40 in the Council Chamber. This has to change.”

The measures brought forward by Minister for Housing, Planning and Local Government, Eoghan Murphy, TD and John Paul Phelan, TD – the Minister of State with special responsibility for Local Government and Electoral Reform, are as follows:

1.     A new funding scheme, to be introduced in advance of the 2019 local elections, to incentivise political parties to increase the proportion of female candidates.

2.     An information campaign to be launched before the local elections, highlighting the critical role of women in local government.

3.     Practical measures to be introduced to support family friendly policies in the operation of local Councils.

4.    Specific measures, such as bespoke training, networking and capacity building events, to be made available in rural areas targeted at encouraging and supporting the participation of women on their local councils, and

5.     Building on these initial measures, research will be commissioned, following the 2019 elections, to delve deeper into the key issues holding women back from running for local elections and serving on local councils, to inform future policy in this area.

Minister Murphy said, “In the 2014 local elections, only 21% of those elected were women, placing Ireland well below the EU28 average of 32% for female representation in local politics. In some local Councils, particularly in rural areas, women have a significantly lower representation.”

The new measures will be driven by Minister Phelan who said “we need to increase the number of women running in the local elections and serving on local councils. It is a major issue in 2019 that some councils around the country, particularly outside the major urban areas, contain very few women. What we have announced is a good start aimed at increasing the number of women contesting the 2019 elections. We will build on this after this year’s election and beyond to make sure our councils fully reflect and represent the communities they serve”.

The Government considered the initial findings from consultations with key stakeholders, undertaken by the Department in the context of its commitments, under the National Strategy for Women and Girls 2017-2020 and The Action Programme for Effective Local Government ‘Putting People First’ to increase the number of women participating in local government.

As he steps down from the role of An Taoiseach, I

Check out the snazzy new pedestrian crossing on th

Following ongoing representations I have made abou

I’m thrilled to be able to deliver the new pedes

Five years ago today since Ireland voted for marri